A crowd of about 100 attended and money was raised by cake auction and silent auction items.

The big elephant cake donated by Justin Biggs a candidate for Knox County Commission at Large Seat 10 brought $120 by Dan Raper and Knox County Republican Chairman Buddy Burkhardt. The cake was cut and shared with everyone. 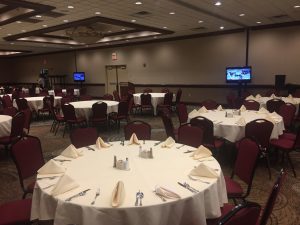 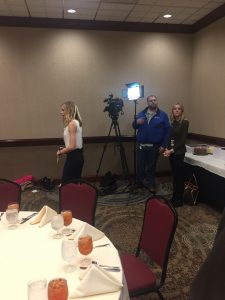 One of three television news crews 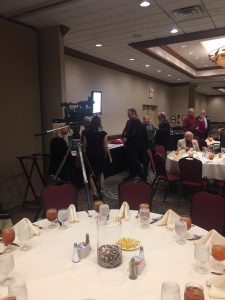 One of the other three television news crews 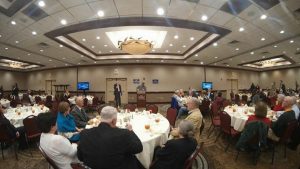 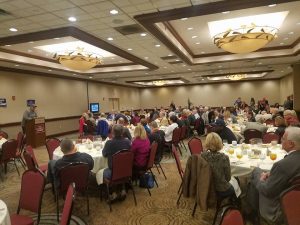 A view of the night. photo credit Dan Andrews 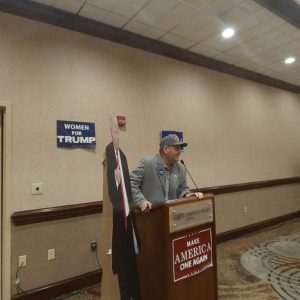 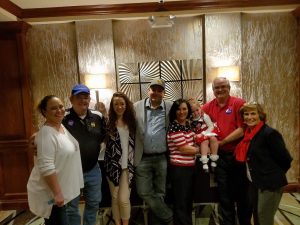