Congressman Duncan is Right, BUT That is Nothing New

The Big Metal Shed on the Hill published this from MY Congressman Rep. John J. Duncan, Jr. and as always MY Congressman is right. Not politically right, although he is always that as well. He is factually right, in my observations and opinion. 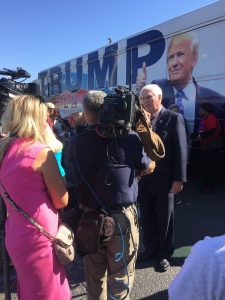 The Knoxville/Knox County League of Women Voters is an organization predominantly composed of Democrat thinking people. I write people because they do not limit their membership to exclusively  females aka ladies aka women.

Also, I recall several years ago Jamey Dobbs representing LWVKnox/KnoxCounty was speaking before the Knox County Commission and stated a membership number of less than 500.

Now, BrianHornback.Com does post LWVKnox/KnoxCounty events, because I know the ip addresses, how many ip addresses hit the site, I know the number of page views and the number of hits that my website receives. Even without that information I know by reading the left wing propaganda websites and their publications that the website is read by the leftist so I am simply helping them keep track of their calendar of events. Now, about once a year I will cover a LWVKnox/Knox County event because as the late Dale Earnhardt would say, “even a blind squirrel finds a nut every once in a while.” So one event aka nut worth covering, it’s all the same. 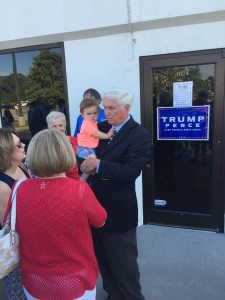 Congressman John Duncan visiting with citizens with the 9th grandchild, Miles at the Knoxville Knox County Trump HQ opening in 2016.

So here’s to MY Congressman, an early supporter of President Donald J. Trump. Now, let’s get back to making America Great Again and ignoring the fruit, nuts and flakes that just wanna scream, shout and live in their own drama.