League of Women Voters of Knoxville & Knox County hosted a City of Knoxville Mayoral Forum last night. It was held in The Big Metal Shed on the Hill aka the building of the offices and printing press of the daily paper.

WATE’s Blake Stevens was the Moderator. All six candidates attended. Michael Andrews and Calvin Taylor Skinner two candidates that have not been included in much were included. 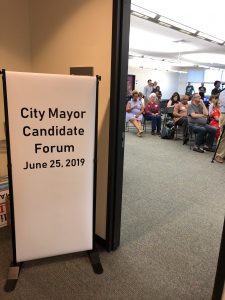 Myself with Fletcher Knoxville Burkhardt 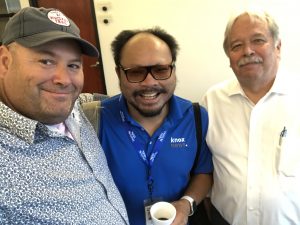 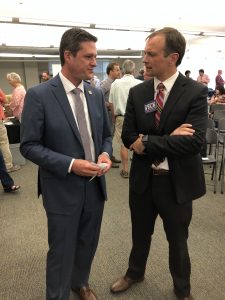 Kyle Hixson and Marshall Stair visit. They both went to law school together 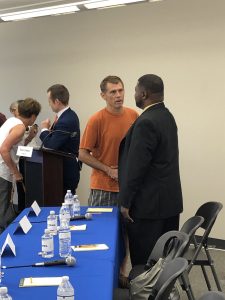 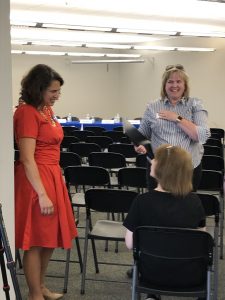 Myself and candidate Calvin Taylor Skinner 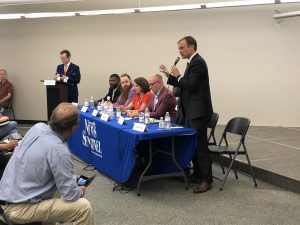 Stair stood for every answer he provided. It was a good gesture in my opinion 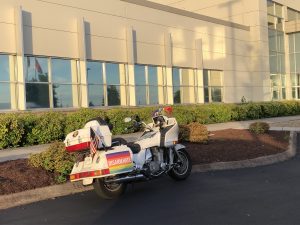 Outside The Big Metal Shed on the Hill