Last week was busy with regard to School Board Member Mike McMillan. This post will be your go to source to cap everything in one location.

This weekend several of the cows have been relocated. I am confident that Knox County Sheriffs Office Animal Control, the State of Tennessee Department of Agriculture and McMillan are working together for the health and safety of  the cows.

Let us remember, the records I obtained documented that the State of Tennessee gave McMillan a deadline of late December 2019 to make some changes and that date passed with no changes. 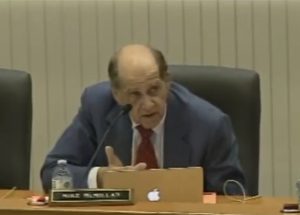 McMillan at a July 2019 Knox County School Board Meeting

Here is the recap of last weeks stories.

January 13, I documented here that property taxes were unpaid for two years.

January 14, I documented here the visits one in October and two in November by law enforcement to the farm.

January 14, I documented here the January visits by law enforcement to the farm.

January 16, I along with Mr. Underwood and Kim Bailey were in court and his case from the October and November citations that were signed by Knox County Magistrate Sharon Frankenberg was reset until February 6, 2020, documented here.

January 16, I documented here a drive by (no weapons were involved) by myself to the farm. Pictures were taken from the county road.

January 17, I documented here where the unpaid taxes were paid on January 15 on the property that I documented, there are other properties that have been unpaid for two years, including his residence on Brakebill Road.

I will update the ongoings with the cattle when necessary. 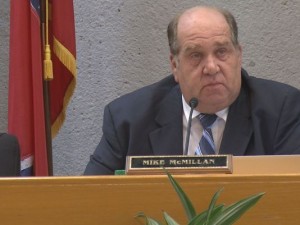 In October 2008, McMillan faced a tenure revocation hearing due to improper handling of State of Tennessee standardized test material and another charge. Before the hearing could be conducted and McMillan could defend himself, he submitted a handwritten resignation dated October 31, 2008. Began drawing his retirement from Knox County Schools.