Democrats and Never Trumpers UNITE Against Wood and Ward

So a liberal poster Knoxgal over on the liberal playground KnoxViews is asking all Democrats NOT in County Commission District 1 to forgo (that means DON’T)  the Democrat Presidential Primary and informs them to vote for in the Republican Primary. 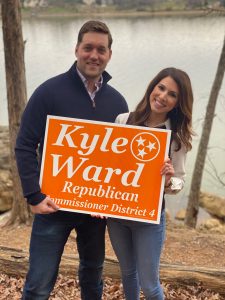 Kyle Ward and his wife

Primarily, in West Knox County’s District 4 & 5. S(h)e does not want Kyle Ward in District 4. I wonder if it is because Ward has not avoided the REPUBLICAN label on his signs and campaign material? 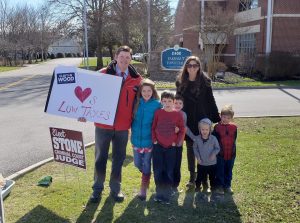 S(h)e does not want Clayton Wood as the Republican nominee to face a Democrat opponent in the August General Election. I am sure the thought is that the Democrat’s Republican choice will be easier to beat than Wood. It may also be because Wood was mentored by Jay Sekulow, and has since received the Endorsement of Sekulow.

After this blatant attempt to sabotage Republican primaries, I am inclined to reverse my position on closed primaries. I have not supported closing the primaries, because I failed to see that enough Democrats would avoid their own Presidential primaries BUT maybe it is far more rampant than I imagined.