The Knox County Board of Health met via zoom today for over four hours. Knox County Mayor Glenn Jacobs attempted to postpone the meeting for a week. The Board ultimately voted that down. The Mayor then sought to have public forum at all future meetings, more on that later.

The Mayor announced an Executive Meeting of the Board of Health for Monday August 3, 2020 due to a lawsuit the Mayor said had been filed on the board of health. An Executive Meeting is closed to the public and media as it is between the the group and its Attorney for Attorney/Client privilege.

Smith and Hall are plastic surgeons and are suing that the mask mandate was implemented using faulty data. 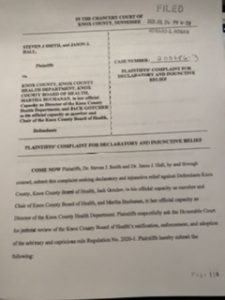 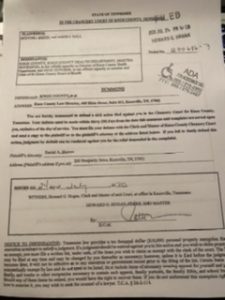