Welcome TN Speaker Cameron Sexton to #TheMegaBullhornofTruth, Sexton is State Representative in Cumberland County, Crossville. The Speaker is up for re-election on November 3 for the TN House District 25 Seat. Early Voting October 14-29.

Sexton and I first met in 1998, he went on to work for Congressman Van Hillary. Lt. Governor Randy McNally was an early mentor for Sexton.

Sexton became Speaker last year, during a rough patch in TN State House. The turn was made when Sexton became Speaker. His slogan People Before Politics is more than words. After becoming Speaker, he appointed Democrat Gloria Johnson of Knoxville to the Education Committee. A cause of frustration and criticism leveled at the previous Republican House leadership. 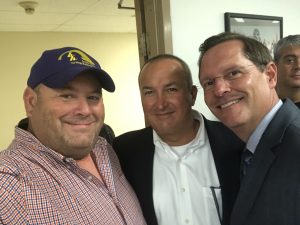 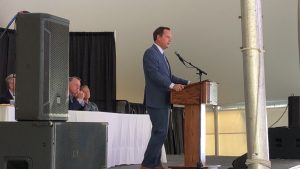 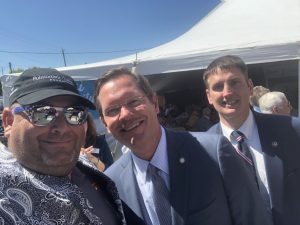 Myself, Speaker Cameron Sexton and TN Rep. Lowell Russell (Picture was taken in September 2019, before the 6 foot social distancing due to COVID-19) 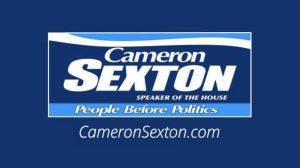