The Knoxville/Knox County MPC has given approval for 220+ apartments in Northshore Town Centre. The property where the apartments are proposed is immediately adjacent to the New Northshore Elementary School and border on the west side Northshore Landing Subdivision.

While MPC has given approval, the decision now goes to the Knoxville City Council. City Council Members George Wallace, Finbarr Saunders and Duane Grieve were in attendance. 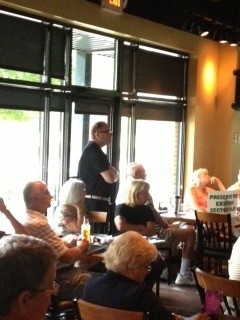 Jim Cornett, Owner of Cazzy’s Corner Grill opened up his restaurant for concerned citizens to meet.

Debby Stevens resident (and I presume an officer of the residents of Northshore Commons) addressed the citizens gathered. She explained how the homeowner dues were to pay for irrigation and the running of the water fountain. However, during the construction of the New Northshore Elementary School heavy equipment has broken the irrigation lines three times. Knox County Schools has replaced the irrigation lines twice and will replace them a third time when the heavy trucks cease to be needed at the site. 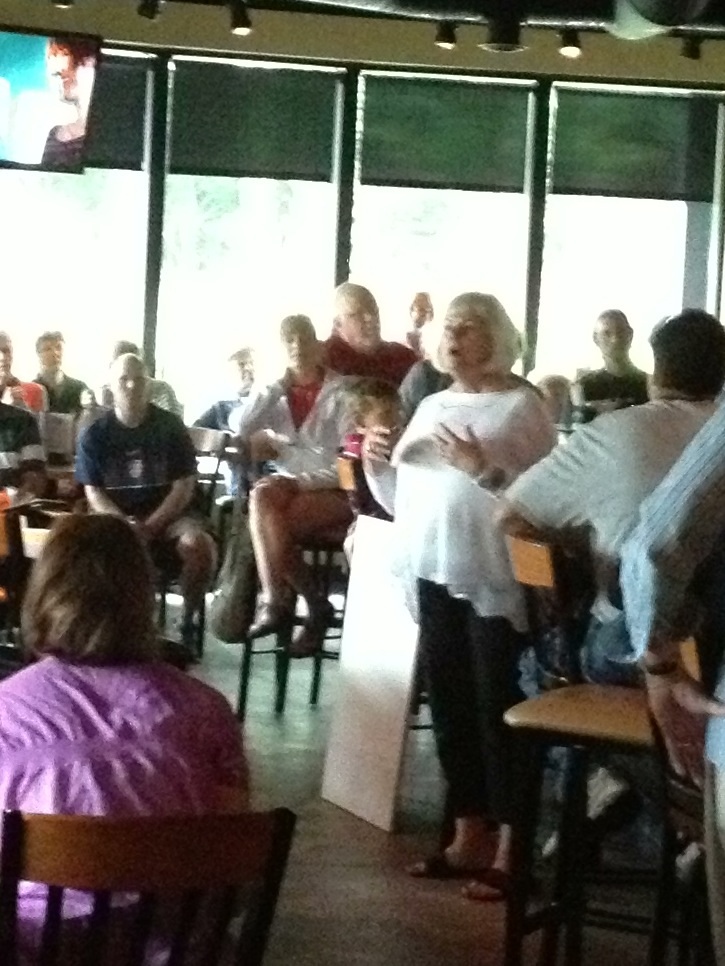 A Member of the Northshore Elementary School PTA Executive Committee also spoke and stated that the PTA has taken a position that the apartments would be a determent to the school. 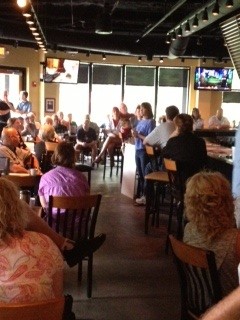 Three Knox County Commissioners were present as well. Commissioner Jeff Ownby who represents the Northshore Town Centre area along with the two County Commissioners at large, Mike Hammond and Ed Shouse. If the Knoxville City Council approves the rezoning, several residents would have standing to file suit and challenge the sector plan change. A great representation by citizens and elected leaders at an early Saturday morning meeting. 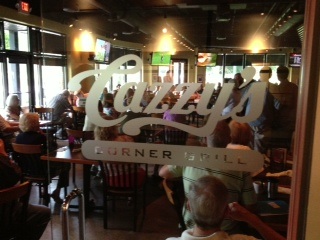 A huge turnout for information on high density apartments proposed for the Northshore Town Commons in Southwest Knox County.