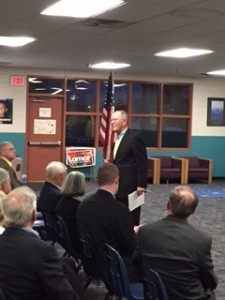 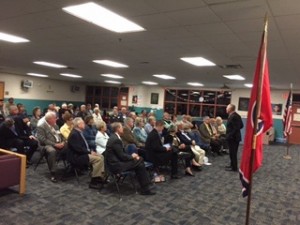 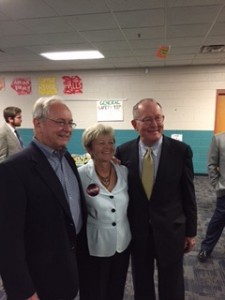 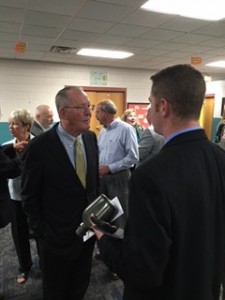 Sen. Lamar Alexander has a follow up conversation with James Thompson who identified himself as a member of a local tea party 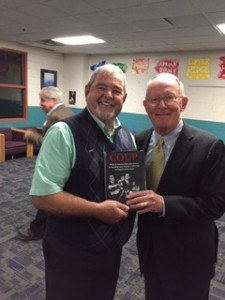 Republican State Representative candidate Eddie Smith was present and Senator Lamar Alexander talked about the joint event he and Smith had last week and spoke in favor of Smith. Sandra Clark a former Republican legislator from a very, very, very long time ago who works for E.W. Scripps owned Shopper News was present. This week, she endorsed Smith’s opponent. A tad awkward for Clark, no one else.