The three Republican candidates for Knox County Property Assessor met at the East Knoxville Community Meeting today. They all agree the office in the last eight years is an awful mess. The difference is who can fix it better and quickest. 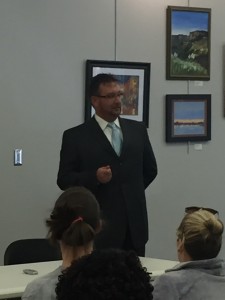 Andrew Graybeal presenting himself to the East Knoxville Community Meeting.

Current Chief Deputy Jim Weaver of the Property Assessors office said “maybe in the next term it can be corrected.” When asked by this writer, if he thought it could not be done in the next term. He said no he didn’t think it could. He said he had hoped it could have been done in the last term. The current assessor went in 2008-2012, Weaver had hoped 2012-2016 it could be corrected, however, he doesn’t believe that it can be fixed under his leadership from 2016-2020. 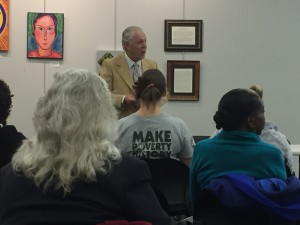 Candidate John Whitehead a long time Assessor employee has the same accreditations and designations as Weaver. For the last eight years he has assisted individuals with appealing their appraisals. He said with his 8 years experience with the errors if you pull 10 property cards, 9 will have errors on them. When the writer asked if he felt the errors could be corrected during the next term. Whitehead said, I know we will. 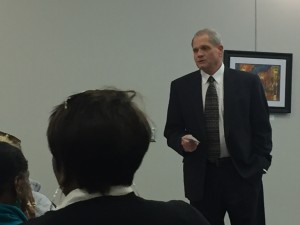