Yesterday I posted this about the Northshore Elementary School ribbon cutting and the School Boarders boasting that they own the property. They apparently failed seventh grade civics, because it is our money (the taxpayers money) that buys what they foolishly spend. Mike ‘da career killa’ Donila from over at Straight From the Heart on his blog Screams From The Porch had a similar post here.

Donila followed up with another post today here on Carter Elementary. I didn’t attend that photo op. I had met my threshold of photo ops for the Carter community. Burchett apparently is moving to Carter as many photo ops as he has had there. Evidently Burchett hasn’t looked at the voting numbers in East Knox County or maybe he likes entertaining the political cronyism that is there. I can say it because I was a Carter guy all my life until 1992. I digress.

One of my superior unnamed sources did some work last night and submitted this to the BrianHornback.Com compound over night. What does the KGIS which records the property information on every parcel of property in Knox County record.

Then let’s look at that I mean brick tower on Gay Street that houses the School Districts Central Office. 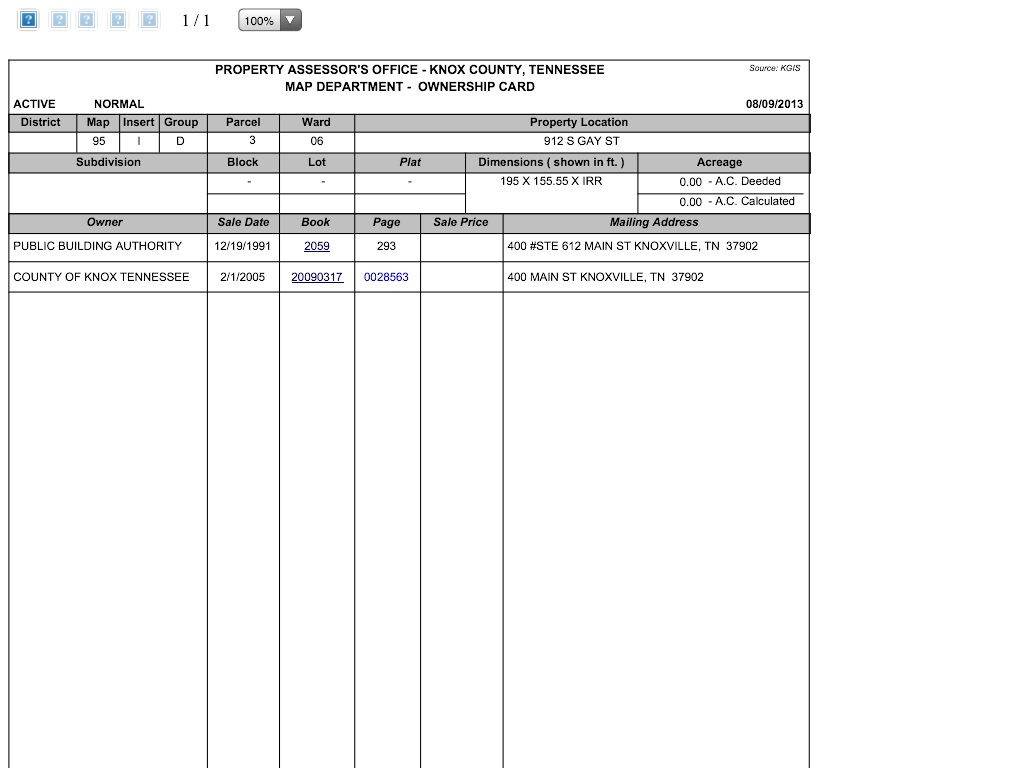 Yep! They are both owned by Knox County Government. Now, School Boarders don’t worry about property ownership. Educate the children, Employ the best people and Keep the kids safe. Commissioners need to worry about not putting their cronies in office and keeping the tax rate low and retiring the county debt.

We the taxpayers OWN THE PROPERTY. Get over it and quit fighting about DA stuff.