Last night, Knoxville Municipal Judge John Rosson’s re-election campaign kicked off at Calhouno on the River off Neyland Drive. During a torrential downpour of rain and lighting strikes that took out the air conditioning at the nearby CIty Coumty Buildimg where the County Commissiom were having a budget hearing a diverse crowd supported Judge Rossen.

Republicans and Democrats, Lawyers and non lawyers, business icons and regular joe and jane 6 packs, elected and appointed officials, current and former elected officials. This was the most diverse crowd I have ever seen at a political kickoff and reception. 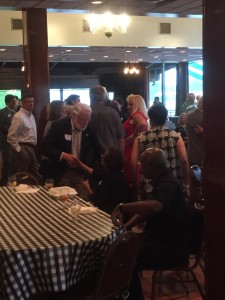 A lot of folks visiting with one another 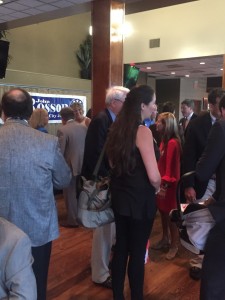 Judge Rossom was surrounded by supporters all evening. 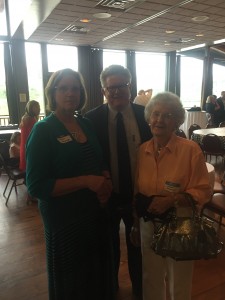 Three of my favorite Democrats and my fiends, Susan Jennings, Greg Mackay and Nancy Stinnette.