This afternoon from 4 p.m. – 6 p.m. the Office of Open Records Counsel held a public hearing in Knoxville concerning five questions regarding legislation that Rep. Steve McDaniel and Sen. Jim Tracy have proposed that would allow custodians of records to charge an inspection fee.

The five questions they are seeking public comments on are: 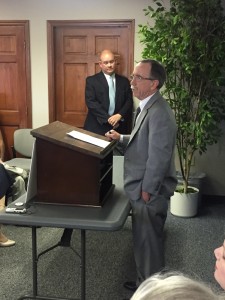 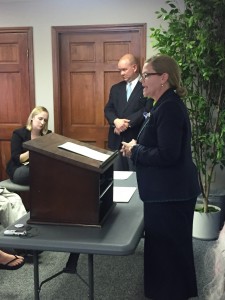 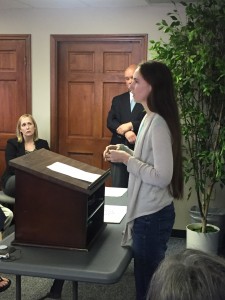 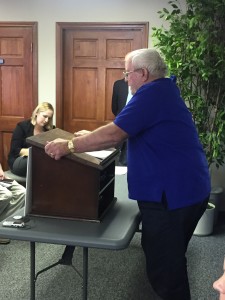 Mr. Truitt of Loudon County defends himself. His open records requests has been one of the examples the proponents of charging for inspection have used for supporting the ability to charge. 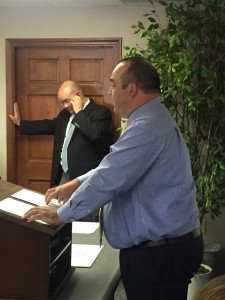 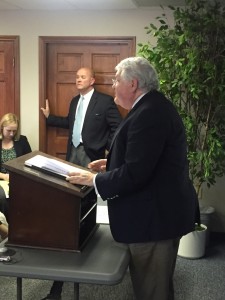 Moncier said (as copied from his prepared remarks) We often refer to our federal Bill of Rights as those contained in the first Ten Amendments of the United States Constitution. We in Tennessee are also protected by a Bill of Rights contained in Article I of the Tennessee Constitution. Regarding the questions about charging fees to inspect records that belong to the people, the people of Tennessee provided an answer in Article I, Section 19 of their Constitution that provides:

That the printing presses shall be free to every person to examine the proceedings of the Legislature; or of any branch or officer of the government, and no law shall ever be made to restrain the right thereof.

Charging for the right of the people to inspect records of government proceedings that belong to the people is a law made to restrain that right. Reasonable charges for copies, on the other hand, is not prohibited by the Constitution.

It is as though our forefathers who wrote our Constitution believed that sometime in the future the Legislature may consider restrictions on the right of the people to inspect by making the people pay for that right. I envision those Patriots sitting in a room with a fire, drinking grogs of ale in their buckled shoes, stockings knickers and wigs, and while smoking long pipes trying to figure out how to tell us today they meant what they said that “no law shall ever be made to restrain the right” to inspect records of government in Tennessee.

Then almost mocking what we are doing today, a notion occurred to simply divest the Legislature from authority to pass a “law to restrain the right” to inspect government records in Tennessee. That notion became part of our Constitution in Article XI, Sec. 16 that provides:

Sec. 16. Bill of Rights to remain inviolate.
The declaration of rights hereto prefixed is declared to be a part of the Constitution of this State, and shall never be violated on any pretence whatever. And to guard against transgression of the high powers we have delegated, we declare that everything in the bill of rights contained, is excepted out of the General powers of government, and shall forever remain inviolate.

Moncier was one of the speakers that generated laughter from the attendees and afterwards people were saying they were not aware of the state Constitutional verbiage.

Overall, I am impressed that so many attended, in fact the Baigert’s of Sumner County said they drove over from Middle TN because they thought the attendance would be sparse. They were presently surprised. 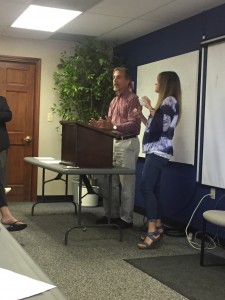 The Baigert’s of Sumner County, TN 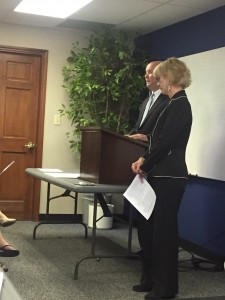 Jason Mumpower and Ann Butterworth closed out the event.

If you are a TN Citizen and would like to take the survey, do that here.

If you are part of the problem aka part of a governmental entity and would like to take the survey, do that here.

If you have written comments you would like to submit, please do so before September 30, 2015 and email them to comments.open.records@cot.tn.gov