So it has begun, Early Voting for the City of Knoxville Mayor and 4 City Council positions. It began this morning and will run through 8/22/2019 at select locations around Knoxville. 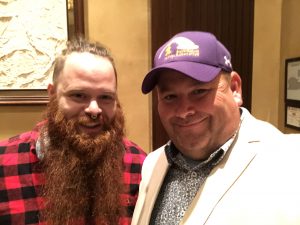 Fletcher Knoxville Burkhardt, a Candidate for Mayor of Knoxville 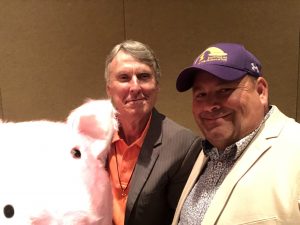 David Williams, a candidate for City Council at Large Seat C and his mascot Salami, the piggy 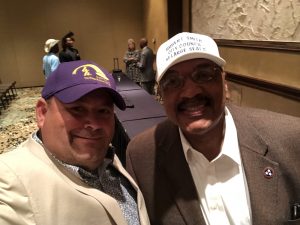 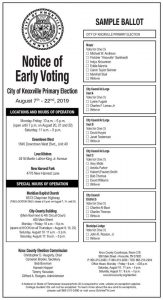 Locations and a Sample Ballot