Ole’ Zachary Much Ado About Nothing, BUT Cameras and Self Serving Attention

TN State Rep. Jason Zachary the self serving attention starved legislator (in my opinion, feel free to make it your own) is watering down his bill on stripping the Board of Health and unelected people from making policy decisions during a pandemic.

Zachary in an interview with Compass Knox is quoted as saying, “It was never my intention to go after the Health Department or Dr. Buchanan,” Zachary said. “My intent was always to amend it down.”

All those meetings with local citizens affiliated with TN Stands, where I am told he talked big and bad (in a church building, no less) about stripping the unelected boards and people of decision making authority. Was that just talk? After all, he says it was always his intent to amend it down. Was he intentionally inciting people to action and potentially angry activity?

Remember, according to Mayor Glenn Jacobs, Zachary created the leaked video that many believe portrayed the Board of Health as the enemies of the Constitution and all things free.

In the last legislative session, Zachary who always campaigned and professed to be pro school vouchers initially voted NO on the ESA aka voucher bill, but after a 45 minute break in voting he flipped his vote, allowing it to pass. Zachary says he flipped his vote after removing Knox County from the bill. Knox County wasn’t in the State Senate version of the companion bill. So, was that another one of his “intended” aka planned flip flops?

He went on to tell Compass, he will get beat up by “his base”. I am not sure what his base is, I am certainly NOT a member of his base or any base for that matter. The suggestion of a politician having a base is a tad scary, is a base a group of people that can be utilized to carry out activity to extend a person or group of persons political ideology? A base has an eerily cultist ring to it.

My role as Citizen Journalist aka Internet Blogger is to call the balls, strikes and fouls. I have been consistent on processes and irregularities. Whether it is in regards to the Health Department’s initial use of the reopen task force for not adhering to the open meetings law (I was solo on that) or the destruction of 975 vaccines. (I was solo on that too) That is my intended role of highlighting to the readers of this internet blog, what is happening.

This is an op-ed news site/blog. You get a lot of my opinion editorializing on news and thoughts that interest me. BTW, check out my podcast too while you are at, it is here.

One thing I can hope, is that 2022 can not get here fast enough. 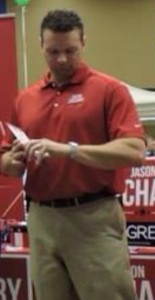