Tonight by a vote of 6 in favor 2 in opposition, the Monroe County Director of Schools Dr. Deanna McClendon was terminated. Dr. McClendon signed the separation document on February 24, 2021, so officially it is to be said that it was a mutual parting.

The School Board is so flush with cash, they are gonna pay Dr. McClendon for 28 months not to work and they hired a white female as Interim Director until June 30. 2021. Dr. McClendon is a Black Female.

Dr. McClendon during her term bought the first textbook adoption in 20 years for Monroe County.

The two dissenting votes to terminate Dr. McClendon explained their votes and reason for why they did not vote to separate employment. The six voting to terminate or part ways with Dr. McClendon did not explain their vote. They made no utterance of any word. It is real hard to imagine they made their decision at that meeting. It would seem to a “reasonable man” that they had deliberated before the meeting, with no public questioning or statements for how Monroe County will be better without Dr. McClendon the next 28 months.

The Chairman was sick and unable to attend the meeting. The Vice Chair is last name of Ingram. The same last name as the Monroe County Mayor Mitch Ingram, who I’ve been told is a likely candidate for the permanent position of Director of Schools.

The Statement afterwards is;

Statement from Mark Ingram – Vice Chairman of the Monroe County Board of Education:

As was discussed and approved during tonight’s public meeting of the Monroe County Board of Education, the Board and its Director of Schools, Dr. Deanna McClendon, have mutually agreed to part ways pursuant to a Buyout Agreement. The Board and its members recognize that Dr. McClendon grew up in Monroe County, and that she has worked hard to give back to this community during her tenure as the Director of Schools. Moving forward, however, the Board and Dr. McClendon simply decided on both a fresh and a separate start.

I would personally like to thank Dr. McClendon for her valuable years of service to our school system, and I wish her luck during any future endeavors within the educational field. 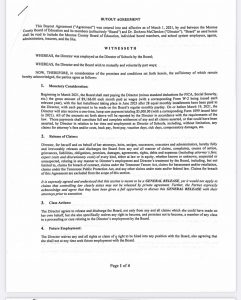 Page one of the separation document 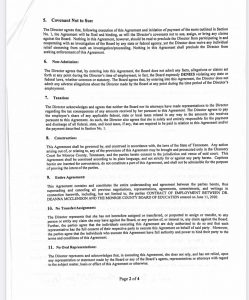 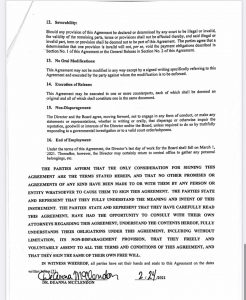 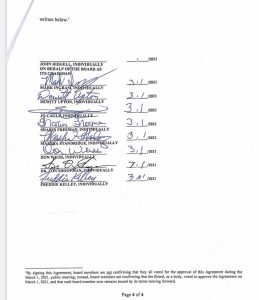 The Monroe County Board 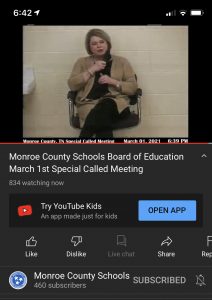