Why Romney Can Not Beat Obama

As Tennessee voters cast ballots on Tuesday as part of the ten state Super Tuesday primary. I want to “officially” post my reason for not supporting Mitt Romney. I have made the case to friends since early fall that the reason the liberal extremist spent the summer and fall with the “occupy” movement and the “corporate greed on Wall Street” movement is that they desired to run this next summer and fall against the “poster boy” of Corporate America.
Herman Cain who spent more time in corporate board rooms sacred the liberals to death. However, Romney doesn’t scare them. As he has flip flopped on gay marriage, abortion, earmarks and every other position he previously has taken.
The picture below was posted this week on the forum for the liberal lunatics of East TN, “The Blab” which can be found here. This confirms my position that  this part of the liberal strategy. 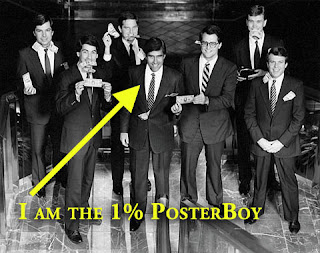