Tomorrow from 8 am – 8 pm at your Voting Precinct

Tomorrow from 8 am to 8 pm is the City of Knoxville General Election. The Mayor and four Council seats are up for grabs.

Mayor: it is Indya Kincannon -vs- Eddie Mannis. The negative campaigning has come from Mannis supporters (not Mannis himself) I’ve seen derogatory assertions of Kincannon’s Princeton education, I’ve seen assertions that her positions are pandering.

If the TN Governors Republican primary did not convince people that  negative attacks backfire, then no one is paying attention. While I may not agree with everything either candidate believes and supports, I have a tendency (only based on my own experiences) to think the most negative attacks is because that is the most effective candidate.

It’s as though the attacks are coming from a he man woman haters club. It’s only because she is an educated wife, mother and public servant that she is being attacked. They wanna keep the gal out of a good ole boy network. 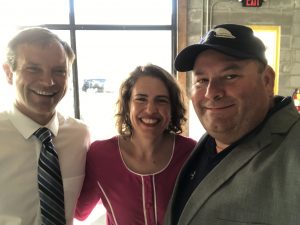 and of course the rose between two thorns picture. Stair, Kincannon and this blogger.

The Council races have proven civil.

at Large Seat A is Lynne Fugate -vs- Charles Lomax. Fugate has placed an ad here, so obviously I work to promote Fugate’s candidacy. myself with Lynn Fugate, City Council at Large Seat A candidate.

at Large Seat B

Be sure if you haven’t Voted, DO it tomorrow! 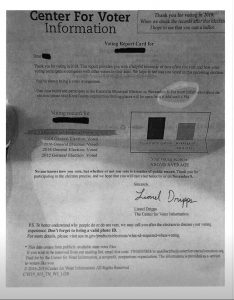