Tonight the Concord Farragut Republican Club met and Former Knox County Sheriff Tim Hutchison was the Speaker. He talked about his early days with the Sheriff’s Department, however, he also talked about being an early Trump supporter, attending the National Convention and the Inauguration.

I asked Hutchison, there has been some talk about him going to work with Homeland Security or being the East TN U.S. Marshal, would there ever be a scenario where he would return to the Knox Conty Sheriffs Office. He said NO. he spent 33 years there, won 11 elections, had I wanted to do that, I would prepare and run for election for Sheriff again. 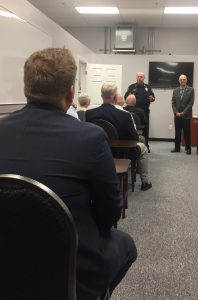 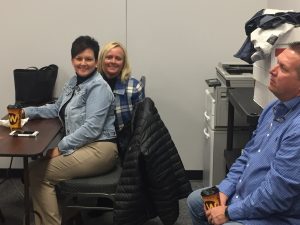 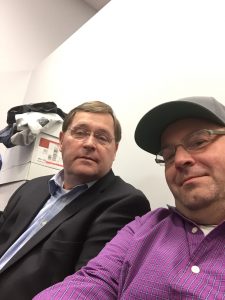 Knox County Sheriff Tim Hutchison and I before the meeting