At around 9:30am on Friday, January 24, 2020 inmate Ransom Quawanta Cates DOB 05/01/1998 was outside of his cell when he assaulted a Knox County Sheriff’s Office Corrections Officer.  The Officer was taken to the hospital and treated for a concussion and has received stitches inside and outside of his mouth.  The Officer (named being withheld at this time) is expected to make a full recovery. 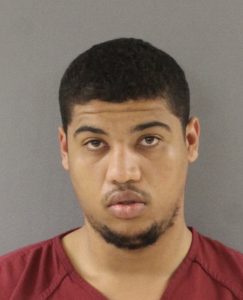 The inmate has a lengthy criminal history.  Sheriff Tom Spangler has ordered he be transferred to the Knox County Jail immediately.

“I am very thankful that the injuries sustained by our Officer were not worse, I ask that you join me in praying for his full recovery.  This is just one example of how dangerous the job of a Corrections Officer can be.  I’m honored to have such brave men and women working at the Knox County Sheriff’s Office and certainly appreciate their hard work.” ~ Sheriff Tom Spangler