Dr. Buchanan Stands With and Support Steffy‘s Disrespecting of Her Boss

So, the KCHD didn’t allow me into the Zoom Media briefing, I asked what other media entities, except me, were not permitted today. The answer

But apparently they do not want to answer my questions in a live stream forum. I have asked Knox County IT to resolve.

I asked for a statement from Buchanan on the email from Task Force Member RYan Steffy directed to the Mayor, Governor, Mayors Staff and Mike Donila!

“Mr. Steffy is a public citizen and, as so, has the right to express his opinions.“

Buchanan maybe right BUT he was speaking in his capacity as a task force member about the operation of the task force.

Will she remove Steffy from the task force?

“I don’t think it’s appropriate to remove a task force member for exercising freedom of speech.”

Again he was speaking to the task force.  I will be asking each task force member if they support Steffy and his remarks toward Jacobs, his office and Donila.

I asked does Buchanan believe Steffy reflects the city that he is appointed to serve?

Mr. Steffy represents himself, as a resident  and business owner 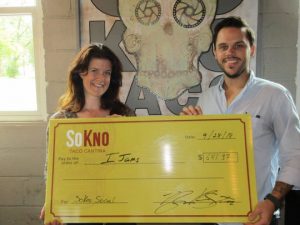