In what turned out to be not much of a Chairman’s contest. Sixth District Commissioner Brad Anders was chosen by a vote of 6 in favor and 4 for former Vice Chairman Robert Lawrence Smith. Commissioner Dr. Richard Briggs was absent as he is on a medical mission trip.

Commissioner Smith was elected unanimously as Vice Chair for a second year. Individuals in the audience following Smith’s election as Vice Chair said, it was added insult to injury.

The election of Anders is a study of doing the right thing. Last year, Commissioner Tony Norman and Smith came out of no where to be elected in spite of Anders service as Vice Chair during Chairman Mike Hammond’s term. Smith was nominated by Jeff Ownby who had received a letter of recommendation for diversion by both Smith and Norman for his arrest for a sexual tryst with another man in Knoxville’s Sharps Ridge.

Anders did not raise any questions about the election of Norman and Smith although he was encouraged to reveal what was known by him at the time. However, he just continued his duties as Commissioner. 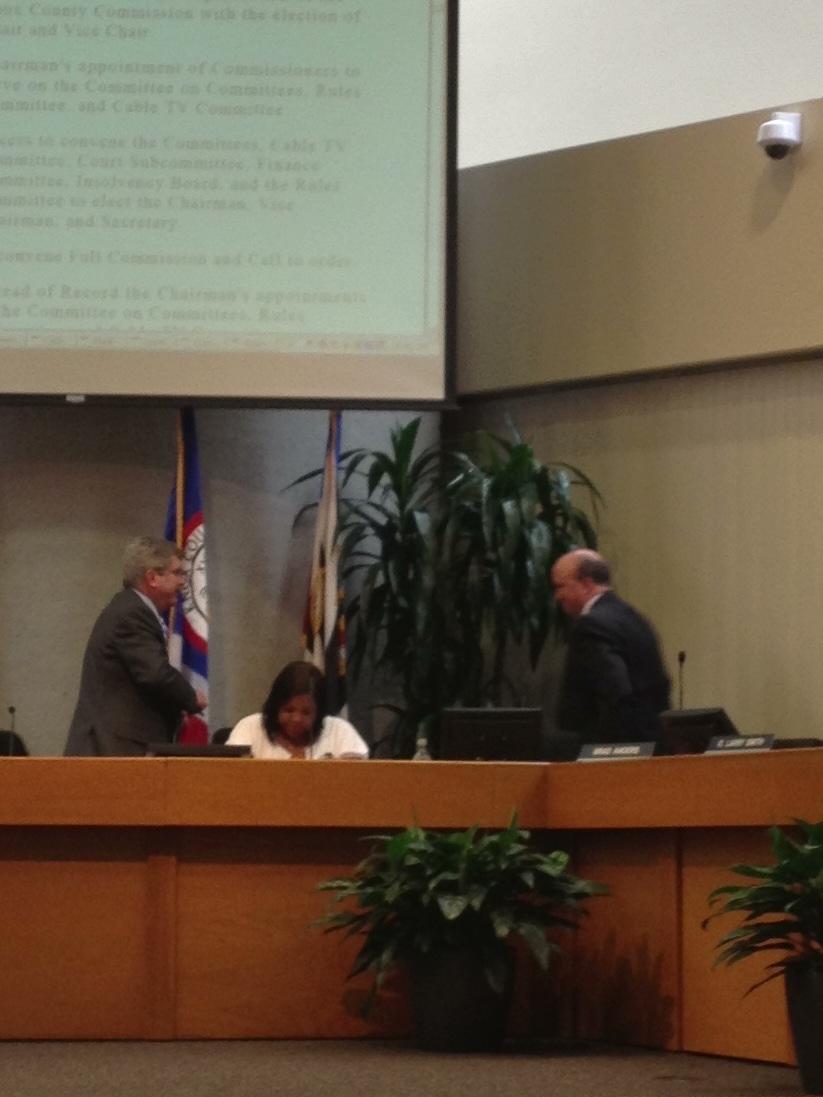 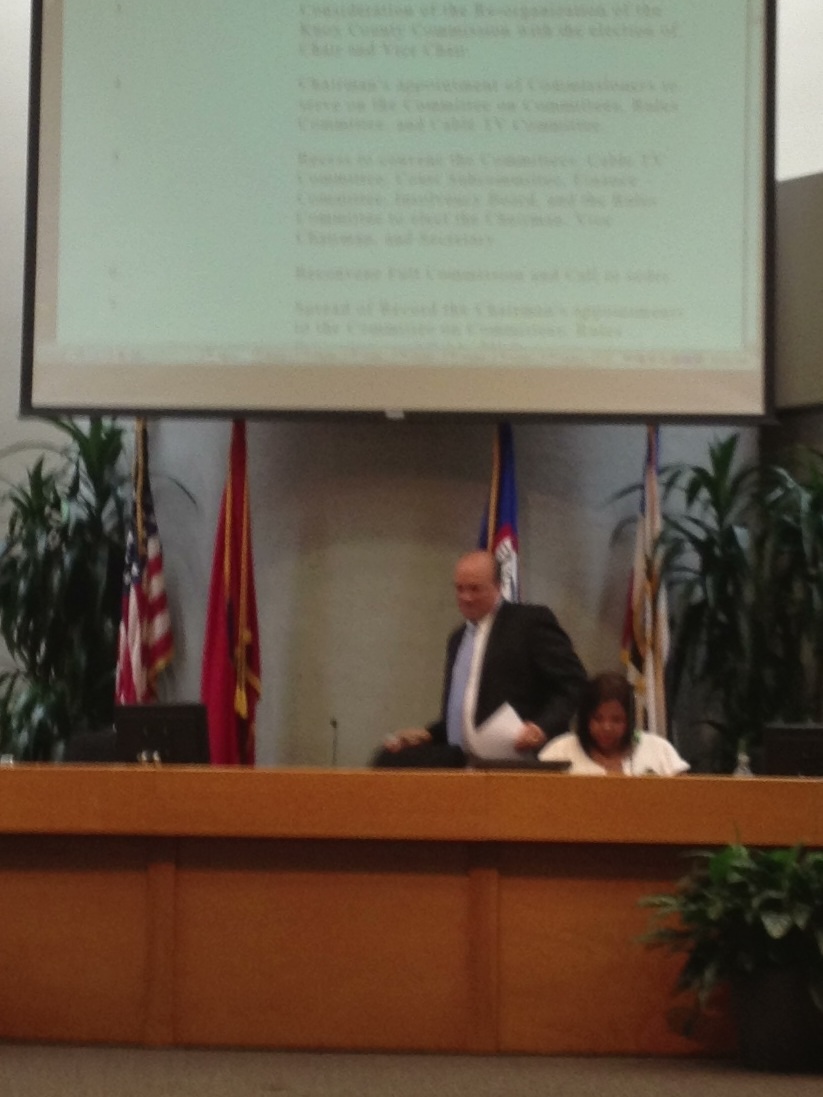 Chairman Anders making his way to the Chairman’s seat. 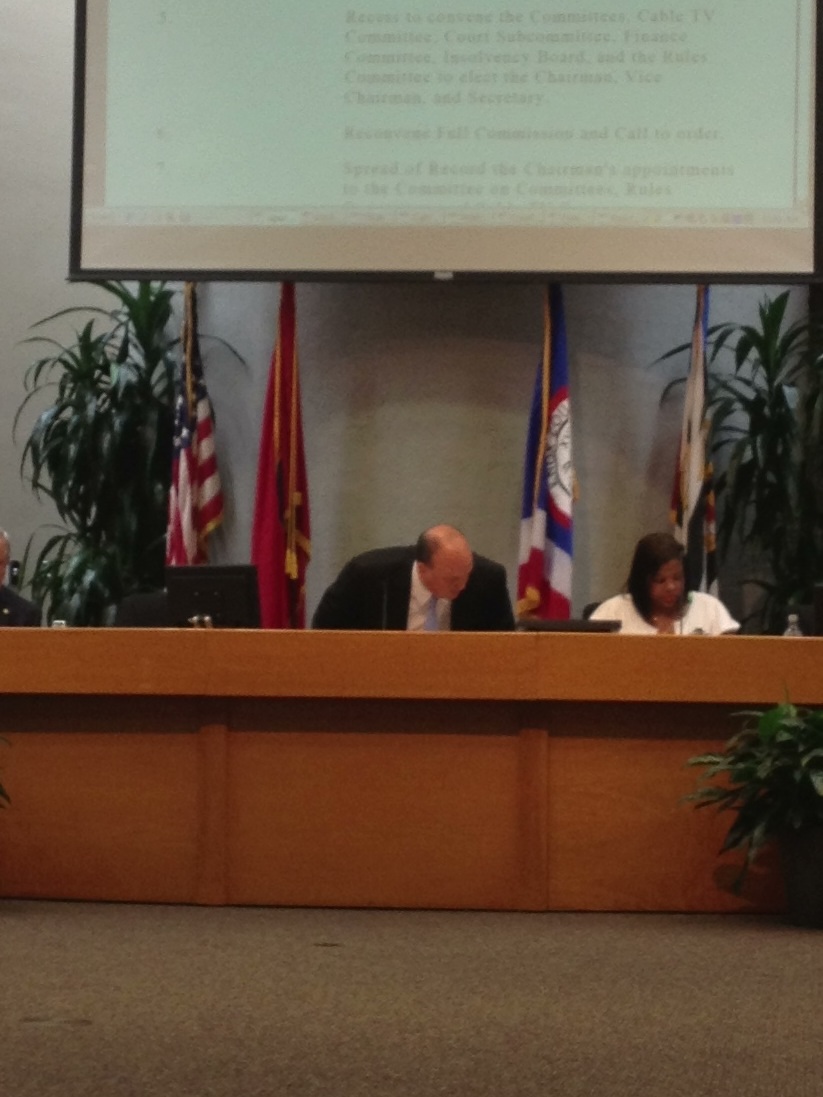 Anders settling into the Chairman’s seat 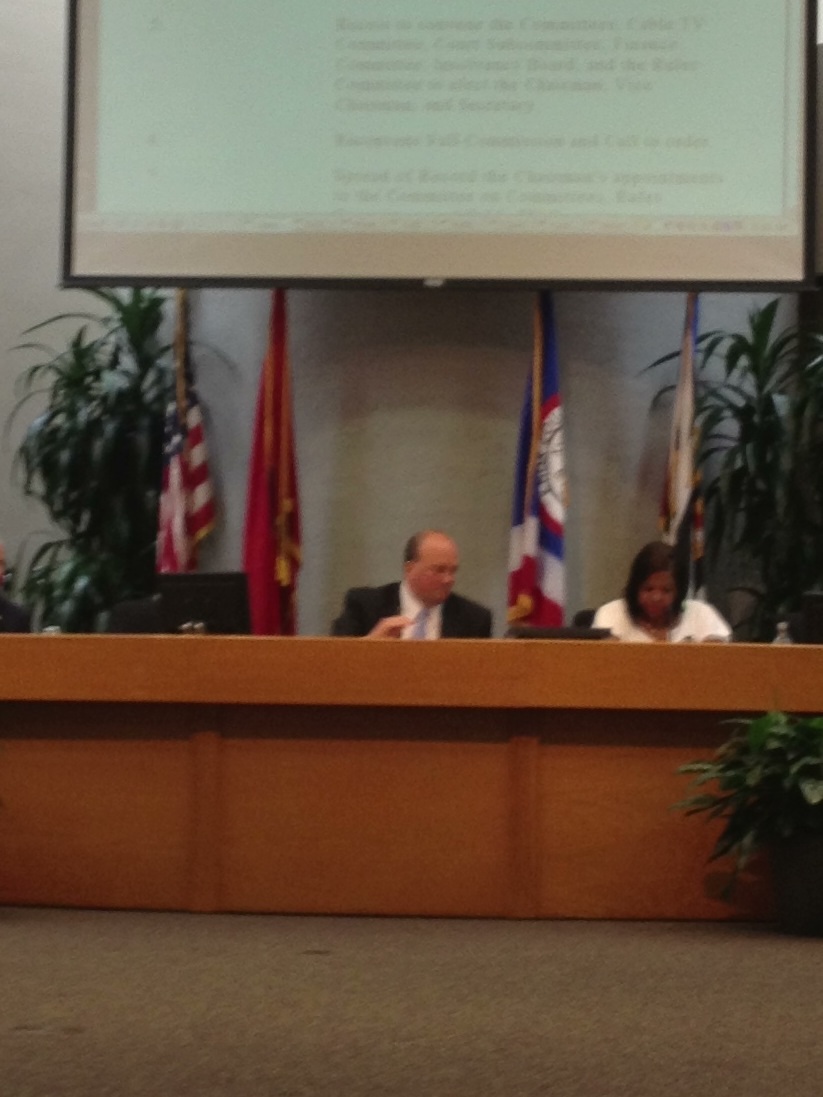 Now the next item on the agenda was to elect Vice Chairman. Which returned to Smith.

This exercise revealed to all elected officials what extent the weekly throw away newspaper from Central Avenue Pike will go when they do not get their way. See this previous post.