A source has informed me that longtime Big Metal Shed on the Hill aka Knox News Sentinel employee Hayes Hickman is leaving the reporter writing gig to become an employee of the Knox County Public Defender’s Office.

I found this out after 4:30 pm when most government offices close and ain’t so important to bother someone after hours.

Of course, if it happened recently, I don’t know if it had something to do with the rumor that poked its head up on Wednesday during the Knox County Health Department Media briefing when a couple Knox News employees were asking about a few Public Defenders employees testing positive for the Corona.

Of course KCHD didn’t fall for that weak attempt to out an office or people.

On another unrelated note: It would be real interesting if a flow chart were created of former media people that have landed in government bureaucrat roles. 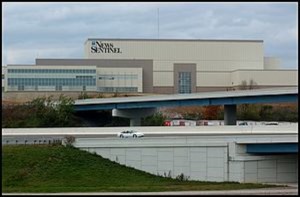