With the retiring of Court of Appeals Judge Charles Susano, a Democrat appointed by former TN Governor Ned McWherter the TN Governor’s Council for Judicial Appointments have 16 applicants to narrow down to 3 for Governor Bill Lee to consider. 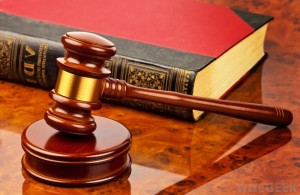 The Applicants in alphabetical order are

Joseph Christopher Clem, Attorney based in Hamilton County, TN. Served in the TN General Assembly from 2000-2006.

Samantha A. Lunn, Attorney and Partner in law firm in Chattanooga.

Summer H. McMillan, Senior Judicial Law Clerk to TN Supreme Court Justice Sharon G. Lee. While other media have reported that McMillan is the spouse of Knox County Fourth Circuit Court Judge Greg McMillan. While that is true, the question would be, is that relevant to her work in the legal community and her ability to be on the Court of Appeals Eastern Doistrict? In my humble opinion, NO.

Interviews and Public Hearings are next.

The meetings will include a public hearing, during which members of the community may express any objections to any of the applicants. The interviews, which will directly follow the public hearing, are also open to the public.

The University of Tennessee at Knoxville’s Howard H. Baker Jr. Center for Public Policy is located at 1640 Cumberland Avenue, Knoxville and parking is available in the Vol Hall Garage, 1525 White Avenue, Knoxville, for a rate of $5 a day.