Last night over at William Blount High School in Murville, TN the Blount County Republican Party held their annual Lincoln Day Dinner. Congressman John J. Duncan, Jr and Congressman Trey Gowdy R-SC were the Speakers. Gowdy delivered an inspiring and excellent talk about how and why the Republican party needs to tweak itself to be successful in not only holding onto the U.S. House and U.S. Senate but capture and maintain the White House in 2016.BrianHornback.Com recorded his talk and it is in two youtube videos. They are below for your viewing pleasure.
The William Blount Cafeteria was full, there were over 400 in attendance in my estimation. The food was delicious. Now, I am sure many there wanted him to launch into some anti Hillary talk. But this was about redefining the Republican party. Shaping the Republican party for the future. 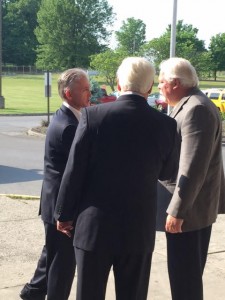 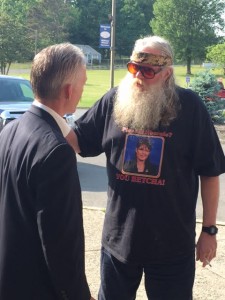 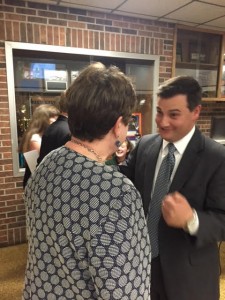 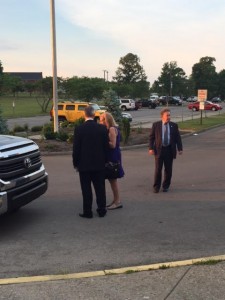 Here Gowdy is leaving William Blount High School and is being thanked for traveling here by Mrs. Lynne Duncan, Congressman Duncan’s wife and Duncan Chief of Staff Bob Griffitts is over to the side.